NBA 2K20: When The Lights Are Brightest Movie Poster 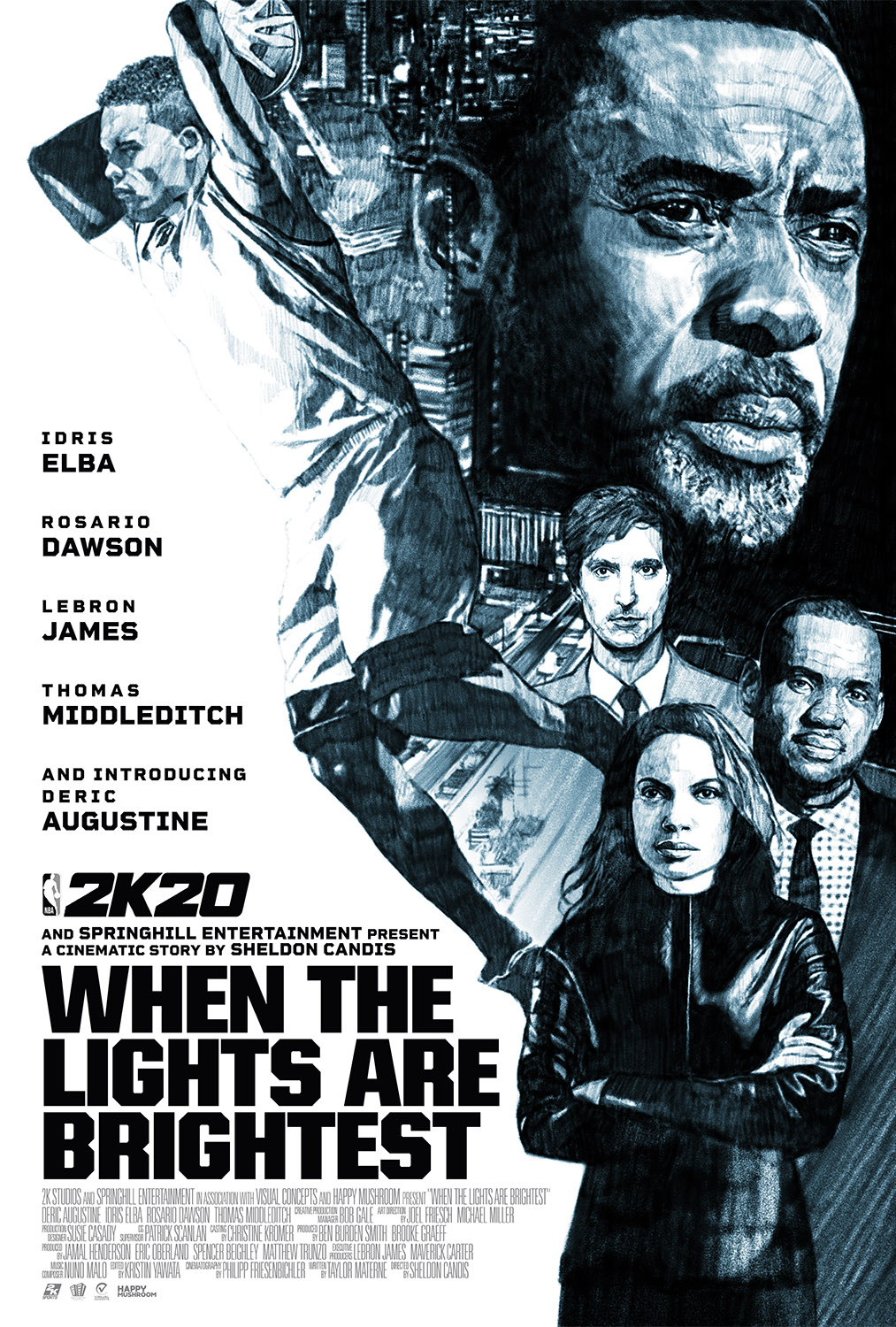 NBA 2K20: When The Lights Are Brightest

Featuring Idris Elba, Rosario Dawson, Thomas Middleditch, Ernie Hudson, and Lamorne Morris, When The Lights Are Brightest follows the career of Che, a star player for the Bay City Flames whose career trajectory derails following a showdown with his head coach regarding the treatment of an injured teammate. Fighting through the controversy, Che must fight against the perception that his social justice position makes him a problematic locker room presence and rebuild his reputation during the Portsmouth Invitational and Draft Combine. A steady stream of NBA star cameos appears throughout the story from the likes of Anthony Davis, Kemba Walker, Scottie Pippen, and LeBron James.